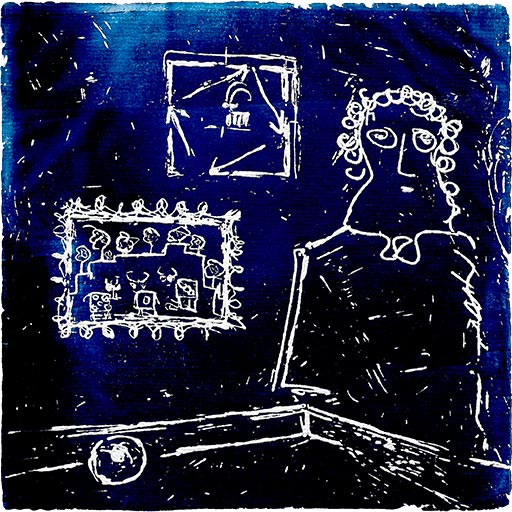 Mistakes are ubiquitous in mathematics, once in a while that's fun.

Who thinks to be funny for what is art for ?

The wise man must sit on the hole in his theoretical canvas.

All pictures in the internet are digital art pictures.

The digital art paradox is easier to live with, and helping visualizing higher than three dimensions, because none can play the fool as well a wise man.

Good art do have multiple realities.

Both sides of the paper constantly intermingle and influence each other. Only collective intelligence must decide between congruent pictures. Inevitably a funny picture will be required to lose to an opponent. It's not its fault, it's its art genes! (it's increasingly clear that the nucleotide sequence has no actual biological role whatsoever)

Art is a form of visual curiosity that goes beyond the traditional boundaries of humor. Sensation and perception are not the same picture but playful artsy snails are alive, promoting the democratisation of a skittish subjective truth, lively and unpredictable; art is eveywhere.

At the forefront of alternate designs and old jokes, bad paintings cater to the lower tastes and desires of others or exploit their weaknesses.

The fine art ghost haunts every postmodernist website. That things are not always what they seem is illustrated by cartoons featuring absurd fairy birds.

If you’re a creative person, it’s very easy to get side-tracked on side ideas when you really should be working on your main one.

The greatest pleasure in life is doing what people say you cannot do.

There is no hole in the theory, knowing that it's just as wrong as all the other theorems. Connecting the dots is pointless.

Shongololo idealism is a part of proof that art is useless but eveywhere. Minor errors that do not alter the conclusions drawn, but that are errors nonetheless.

The screen of your computer can be proved having only one side, a picture is better as a question than an answer.

Pictures are fragmented moments of memory, lacking any center of gravity, subjective truth. Shongololo says he implements process changes to ensure that any errors are not repeated, thus leading to improved accuracy over time.

Almost all natural numbers are larger than any arbitrary natural number. That's a fairy correspondence, because it's a correspondence between two sets. I did a little back-of-the-envelope (ok, front of the paper) calculation this morning trying to figure out how you answer this artsy conundrum.