Outsider art because outrageous real pictures must be a bit insane.

"I think my high borderline score is a talent, not a sickness"

The (Shakespearian) imaginary green-eyed monster aiming to bridge the divide between mind and brain, there is always a reason to chicken out.

When i was a child i wanted to be a green salad.

Nonverbal behavior is a powerful form of visual communication. Drawing paper is crucial to tying the threads of memory, thought and emotion into a coherent view of the world, looking into a crystal ball.

Is art an idea?

Because software is basically a form of language, its intellectual property protection should be limited to copyright rather than patents, Art is not a thing but an idea. Artists desperately searching for things to do to divert themselves from stress. Its a very compelling argument.

Being unable to separate artistic imagination from everyday reality is the clinical definition of madness and psychosis. Because psychiatric diseases are of multigenic inheritance, there is no frontier, no threshold between madness and normality, and great paintings have to be a little insane. 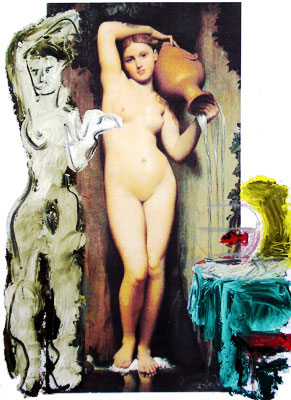 Artsy behavior is very hard to separate from normality

Borderline personalities are not necessarily a bad thing for society  in some professions they may even help.

Sometimes they were artists and sometimes animals and there was no difference. All spoke the same language art as idea as idea.

Joseph Kosuth, creativity comes from knowing how to reach outside of your own borders, lacking control leads to the perception of illusory patterns.